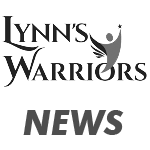 Support the EARN IT ACT NOW!

The EARN IT Act (Eliminating Abusive and Rampant Neglect of Interactive Technologies Act) was passed unanimously by the Senate Judiciary Committee, 22-0, with bipartisan support in 2020 but a busy calendar prevented further action. We need you to tell your congressional members to re-introduce the EARN IT Act for 2021-22 and commit to co-sponsor it!

Child sexual abuse material (CSAM, aka child pornography) is rampant on the internet, One reason is because courts interpreted Section 230 of the Communications Decency Act (CDA) as granting interactive computer services near blanket immunity from liability. So Big Tech has no incentive to prevent CSAM and eliminate it from digital platforms. They won’t even take it down after victims complain!

A New York Times investigation last fall entitled, “The Internet is Overrun with Images of Child Sexual Abuse. What Went Wrong?” noted that in 2008, over 600,000 images/videos of CSAM were reported to NCMEC. It was called an epidemic. Yet, in 2019, 70,000,000—70 million—CSAM images were reported. The New York Times called it an “almost unfathomable” increase in criminal behavior. Internet platforms have not earned any right to immunity when they facilitate crime, especially a crime that causes deep, lifelong harm to its victims.

The EARN IT Act entails a precise, surgical, socially responsible change to CDA 230 that will directly address this horrific criminality by effectively ending impunity for online platforms that profit from child sexual exploitation. The Earn It Act will finally introduce accountability for Big Tech. Please tell your Senators and Members of Congress to re-introduce and co-sponsor today!